The story of five years of STORY 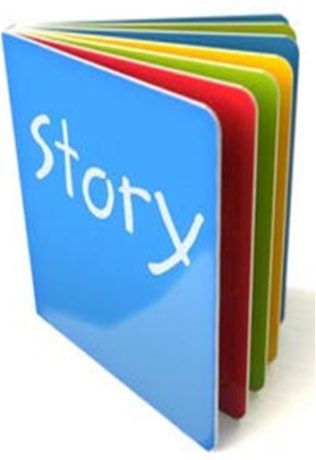 STORY is approaching its end. This is a (short) story about our journey through these five years of trial and error, which finally took us to a successful end despite all the challenges. This is the presentation the STORY coordinator Mia Ala-Juusela (VTT) gave in the opening session of the Final Event.

So: Five years ago 18 partners from 8 countries started the journey, which had many exciting twists and turns and heroic endeavours of the partners.

The idea was to show the added value that storage could bring for a flexible, secure and sustainable energy system, and the STORY team intended to show this by small scale demonstrations and large scale simulations. The work included development of control strategies and business models to support the demonstration scenarios, as well as a deep dive to the interoperability issues, which the STORY partners expected to encounter on the way. To measure the success of the demonstrations, Key Performance Indicators as well as monitoring strategies were needed, and developed. Data for the evaluations was collected in a common platform. The economic, environmental and social impacts of the demos were assessed, and recommendations to the regulations were provided.

The demonstration cases were selected in such a way that they would demonstrate different applications and different scenarios. This ended up in a wide variety of demos: many shapes and sizes. In the six demonstrations there were industrial and residential buildings and areas, many different types of storages and different aims for the storages. There were thermal, electrical and mechanical storages, short and long term storages, from building to neighbourhood scale. In one of the areas we tested both building and neighbourhood level control, to see the differences of these approaches. The aims varied from peak shifting and shaving to load and generation control or grid support, as well as scheduling flexibility. And these were integrated in the partners’ own energy systems, and real networks, not just laboratories, so it was really courageous from the demo partners to start testing the operation with the storages.

Then gradually the clouds started to gather above the team:

The conclusion of the challenges with acquiring the systems was that the market was not really ready to provide the full products yet. We also started to realise that there is obviously a lack of integrators on the market. Maybe there is also room for offering storage as a service? With these different challenges with acquiring and maintaining the storage and other systems, we also learned that it is important to have a plan B, and C and even D, to gain a bit of time when needing to adapt the plans. Also, it became clear that it is of utmost importance to have clear contracts with the suppliers, to have the roles and responsibilities clearly agreed in case of problems.

The team also learned that there is still a lot to do on the interoperability, and especially integrating older appliances will create challenges. The residential site also showed how important it is to use robust technology e.g. for the sensors, so that the visits to the houses can be minimized. This is important not just from the customer’s point of view, but also as a cost issue, as it is well known that the personnel costs present one big cost item that should be minimized.

We also found out that all the battery storage types are not suitable for residential buildings, due to safety regulations and stronger requirements in this type of buildings. A STORY partner even contributed to the development of fire safety regulations in Belgium based on these experiences.

But, just when the partners thought that they had tackled all possible obstacles, COVID-19 stroke the team: This meant no travels across the borders & exceptional usage patterns for EVs and appliances due to remote work in the residential site. STORY partners found solutions even in this difficult situation. These included remote support from one team member to another & simulations combined with measurements.

The large scale simulations however showed that if these problems in the implementation are solved, the inclusion of small and medium scale storages would give a lot of benefits for the distribution grid – which was exactly what the team set up to do. The simulations showed that with storage operation, self-sufficiency and self-consumption levels could be increased, network losses could be decreased and renewable energy sources impact on the network can be mitigated.

But the business model and regulation analyses also showed that to make this happen, the business models need to be carefully designed, and they are heavily dependent on the regulations. From this point of view, some stability would be needed for the regulations. Frequent changes would require a lot of agility from the market players to constantly adapt to these changes. The changing regulations would also affect the optimization strategies. For instance this happened in one of STORY demos where partners needed to develop three different control strategies. This implies that the changing regulations might increase the risks for the storage investment, which is a relatively big investment.

Finally the partners had obtained a lot of important learnings, which they openly presented to other stakeholders, in order to protect them from making the same mistakes. In addition, the partners managed to also take out products and services that they can use in their work and business after the end of STORY. You can find more about these learnings and solutions by visiting our website.

It is worth mentioning that we were not alone on this journey: we got a lot of support from the Advisory Board and Stakeholder Board members during the journey.

This STORY is ending, but new stories are emerging and you’ll never know when you will meet us again. Maybe in the near future…